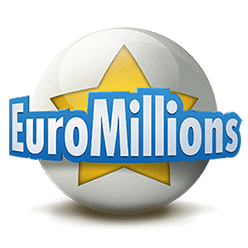 All of Europe's biggest jackpots have been the result of EuroMillions Superdraws. During a Superdraw the jackpot is increased to a minimum of €130 million. This results in a massive spike in popularity as stores from right across the continent are swarmed with eager players. Further rollovers raise the jackpot ever higher, as far as €230 million.

When is the next EuroMillions Superdraw in 2021?

The next EuroMillions Superdraw will take place on Friday 3rd December, 2021.

How big is the EuroMillions Superdraw?

A EuroMillions Superdraw automatically sets the jackpot to a pre-determined amount of money – generally €130 million. The awarded amount is calculated by adding money from a special Superdraw fund to whatever the current EuroMillions jackpot amount is.

Therefore Superdraws tend to take place when there is already some money built up in the kitty.

If you bet on EuroMillions at Lottoland you can increase your jackpot winnings with the DoubleJackpot option. Your chance to win up to €460 million is just one click away!

When do Superdraws take place?

The following Superdraws have taken place since EuroMillions' launch, starting with the most recent draw:

What is the difference between a Superdraw and an event draw?

Events draws are similar to Superdraws, usually setting the jackpot at €130 million, regardless of its current amount. The main difference is that an Event Draw will always celebrate a specific event and the prize money does not roll over if it is not won. In contrast to a Superdraw, if no one wins prize money on an Event Draw it will roll down to the next tiers until all of it is exhausted. This means Event draws will usually produce more winners but do not have the opportunity to grow to the same size as a Superdraw. The best example of an Events Draw is the EuroMillions Christmas lottery.

The September 2021 Superdraw rolled over until it hit its cap of €220 million which was won on 15th October by a ticket purchased in Tahiti, French Polynesia. The winner was a young Tahitian woman who was playing EuroMillions for the first time. She said she would “keep it simple and continue to walk around in bare feet” – although she also expressed a desire to travel and discover the snow, in which case, she would certainly have to sort herself out with appropriate footwear! This win proves that luck knows no borders.

On 5 February 2021 the Superdraw jackpot stood at €130 million and rolled over until it the new cap of €210 million on 23 February. The €210 million jackpot was won three days later by a single ticket in Switzerland. This remains the biggest EuroMillions win ever.

The Superdraw guarantees a jackpot of at least €100 million. By 4 October 2019, the jackpot had already reached €190 million after a run of rollovers, therefore no additional funds were required to top up the prize. There was no winner on the night and the €190 million was won in the new draw.

A player in Spain won €190 on 15 September 2017 after the jackpot rolled over until it hit what was the jackpot cap at the time.

In the last Superdraw of 2014, an anonymous player from Portugal won the full, maximum-cap jackpot of €190 million.

This marked the second time that the maximum amount had been won. The first was the 2012 win by Adrian and Gillian Bayford. Unlike in the UK however, where lottery winnings are tax free, the Portuguese winner had to pay a significant chunk of his winnings in tax to the government.

Andrew Louden of Dalkeith, Scotland became famous for not winning the June 2013 Superdraw. The factory worker got a friend to post a message on his Facebook wall congratulating him on his Superdraw as a joke. But soon he was inundated with friend requests, including one from his ex-girlfriend! Eventually the story got picked up by the press and soon went viral. Louden would later tell the Edinburgh Evening News that the entire episode was "simply a joke which got out of hand."

In October 2011 Dave and Angela Dawes and banked a €117.7 million Superdraw prize. Infamously the couple drew up a list of 20 people with whom to share a portion of their prize with, creating a real-life soap opera. As expected, the tabloids lapped it up.

On 6 March 2009 15 lucky residents of the quaint French village of Venelles, just outside of Marseille, shared a Superdraw jackpot of €100,000. The town of just 8,000 inhabitants was thrown into an uproar and swarmed by the French press after a syndicate of friends managed to correctly guess the Superdraw winning numbers.

The winning friends all elected to keep their identities anonymous with mayor Jean-Pierre Saez, who knew the lucky individuals, only revealing that they were "people who get up early and work hard."

Gap year student Ianthe Fullagar of Ravenglass, Cumbria was one of the big Superdraw winners for the 26 September 2008 draw. Then 18 years old, she became the youngest Superdraw winner of all time and, in true student fashion, celebrated her win with a can of cider and a meal of baked beans on toast.

After discovering she was the big winner Ianthe was so worried that she might lose her winning ticket that she kept it in her bra for safe keeping until she could claim her prize. She would become the 27th richest young person in the UK with her £7,000,000 prize and unlike one may have assumed for such a young winner, she has apparently invested her money wisely and went on to attend law school rather than squandering it away.