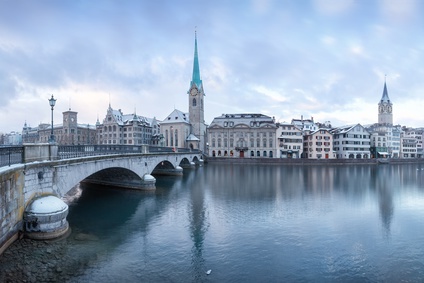 The Ten Most Expensive Cities in the World

We are going to take you on a whistle-stop tour around the world to introduce you to the ten most expensive cities in which to live. Discover the city where a coffee costs $15 and the town where a fish sold for $2 million! One American city, four from Europe and five Asian cities make up our list of the world’s most expensive.

Surprisingly, Copenhagen is the only Scandinavian city to make it onto this list (particularly surprising if you’ve ever visited Oslo in Norway!) As well as being one of the most expensive places to live, Denmark regularly tops the list of the happiest countries in the world. Turns out that maybe happiness isn’t free!

So good they named it twice, New York is the only US city to make it onto the top ten list. The city that never sleeps is packed full of cultural delights, and it can seem that the whole world has upped sticks to move here at times. With an atmosphere that few cities can match, it is no surprise that living here has become extremely expensive.

Like New York, Paris is another city which features large in popular culture and is on most people’s list of places to visit. The Louvre, Notre Dame, Eiffel Tower, Versailles… the list of Must Visit attractions stretches on. And that’s before you even start to think about the famous French cuisine!

53 Michelin star restaurants! Chocolate! Skiing on the slopes of the stunning Alpine mountain range! is it any wonder that 13 billionaires call Geneva their home? If you can afford it, why not take a champagne cruise on the beautiful Lake Geneva at the weekends.

Most famous for hosting the ’88 Olympics, Seoul regularly appears on the lists of the most expensive cities in the world. The South Korean capital is also known for having the fastest internet data speeds and wi-fi in the world and the vibrant café scene provides a great location for keeping in touch with friends and family around the world. The Northern neighbours may be a little bit of a concern, but apart from that there is a lot to recommend this lively city.

Lovers of marine life will enjoy Osaka, as it is home to the largest aquarium tank in the world, home to more than 35,000 different species. If you prefer eating fish to admiring them, then you will find plenty to like about this foodie’s paradise.  You can shop til you drop in this exciting city, home to a number of the world’s biggest luxury boutiques.

Still in Japan, the capital Tokyo comes in fourth in our list of the costliest cities in the world. Famous for its cuisine, Tokyo is also home to Kitchko, the most expensive restaurant in the world, where a meal for two will cost you about $2,000. You will also find the largest fish market in the world here, where a particularly impressive specimen of a Bluefin Tuna was sold for a staggering $2 million in 2013.

Switzerland is known as the home of international banking, so perhaps it is no surprise that Zurich has found itself as number three on the list of the most expensive cities in the world. Such is the cost of living here that a lot of the locals prefer to pop across the border to Germany to do their grocery shopping; probably a good idea in a town where a coffee at Starbucks costs $10. And stay away from the ‘Bahnhofstrasse’ unless you have brought your platinum credit card with you, as this is known as the most expensive shopping street in the world.

A coffee in Hong Kong is even more exorbitant than in Zurich, as you can pay up to $15 for a cup of joe in this city. Property is incredibly expensive in Hong Kong, making life particularly difficult for those street vendors who give the city so much of its characters. With an average 2-bed apartment going for $2,500 a month in rent it is difficult for street food sellers to stay in the city. However, this is a visually stunning city, the enormous collection of over 8,000 skyscrapers is an awesome sight.

Singapore has the (possibly unwanted) distinction of retaining its position as the most expensive city in the world for the 4th year in a row. So is this tiny country really worth the price? What is certain is that if you want to enjoy Singapore to its full extent then you will need to bring some serious money along with you. Orchard Road is home to an awesome 22 shopping malls where you can find top brands from all over the world. If you really want to splash the cash, why not try Asia’s most expensive drink, the Jewel of Pangea, a cocktail which will set you back $30,000. Of course there is plenty to enjoy about Singapore without a million dollar bank account, but that a major bankroll would certainly enhance your visit!

That’s our list of the top ten most expensive cities for 2017. If you are planning a visit to some of these destinations then you had best have some serious cash behind you!