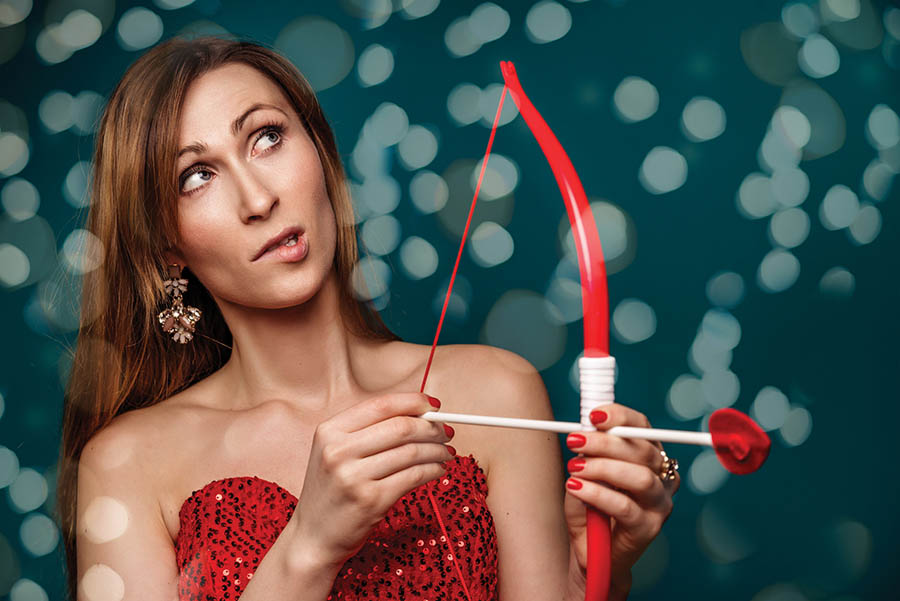 With Valentine’s Day just around the corner, and love in the air, what better time to take a closer look at some of the weird facts and stories that surround this particular holiday.

1. As with so many things in the modern world, we can trace the origins of St. Valentine’s Day all the way back to Roman times. The ancient fertility festival of Lupercalia involved a lottery draw, where young men would draw the names of young women and the couple would then stay together for the following year. Not quite the same type of lottery as EuroMillions, but I imagine that the results were equally enthusiastically followed!

2. Who was the Saint Valentine who has inspired us all to spend money on flowers, chocolates and cards? Well the records of the Catholic church suggest there may have been more than one Saint Valentine, but the most popular origin story takes us back to Ancient Rome again. During the reign of Emperor Claudius II, Valentine is supposed to have carried out secret Christian weddings and lost his life as a consequence.

3. We are not sure how romantic Henry VIII was, but the fact that he married six times probably suggests that he had something of an eye for the ladies. Either way, it was he would made it law that Valentine’s Day would be a public holiday and he chose 14 February as the official day of celebration. As this date falls in the middle of carnaval in Brazil, they prefer to celebrate the Day of Love on June 12th instead.

4. Valentine’s Day cards often still bear the image of Cupid, that chubby little angelic boy with the bow and arrow. According to myth Cupid was the son of Venus (Roman goddess of love) and Mars (god of war), making for a combustible personality! He carries two types of arrow: golden-tipped ones to inflame desire, and lead-tipped arrows which leave you filled with disgust and the desire to run away!

5. Our furry friends certainly get a lot of love on Valentine’s Day, with around 9 million people expected to buy gifts for their pets to celebrate the occasion. A 2015 survey of 2,000 pet-owners found that 63% would prefer to stay at home and cuddle their pet as opposed to the 35% who preferred the idea of a romantic date with their partner! Meanwhile, in 2016 the average US pet-owner planned to spend over $26 on Valentine’s gifts for their pet.

6. About 75% of men buy flowers for their (human) loved one on Valentine’s Day, with only around 25% of women returning the favour. In total, men are responsible for buying more than 90% of Valentine’s Day flowers. In Japan, however, women are expected to buy romantic gifts for their other halves on the big day.

7. Whatever gift that you decide to get for your loved one this Valentine’s Day, it is not going to compare to the gift that Maharajah Shah Jahan gave to his wife Mumtaz Mahal. That’s because the Maharajah had the fabulous Taj Mahal built in her honour after she passed away, and to ensure no other building would ever rival its beauty he paid the architects a hefty sum for them to never design another. Now how do you feel about those chocolates and flowers you picked up from the petrol station?

8. Finland has got a very inclusive society, and that extends to Valentine’s Day as well. On February 14th they celebrate Ystavanpaiva, which translates as ‘Friendship Day’. Friends are encouraged to buy small gifts for each other, or maybe go out for a meal, without any of the romantic overtones you find in other countries on this date.

9. According to legend, back in the Middle Ages young men and women would pick out names from a bowl to discover their Valentine. Unlike the earlier Roman ‘lottery of love’ they would not be expected to stay together for a whole year but would wear their new partners name on their sleeve for a week instead. If you believe the story this is where the phrase to ‘wear your heart on your sleeve’ comes from.

10. There are a whole bunch of superstitions associated with the feast of Valentine, including one that the first man an unmarried woman sees on the 14th of February will be her future husband. It’s also said that if you see a squirrel on Valentine’s day you will marry a cheapskate who is tight with money. Can’t decide which suitor you prefer? Simply write the names of the eligible men on hazelnuts and toss them on the fire; the nut which cracks first will be your future husband!

Cracking a lottery jackpot is something guaranteed to make everybody happy on Valentine’s Day. There are lottery draws for you to bet on every day of the week at Lottoland, with draws for the Irish Lotto, WorldMillions, MegaMillions, Swedish Lotto and French Lotto all taking place on Wednesday the 14th this year.