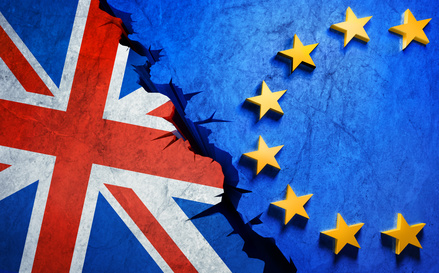 Will EuroMillions Stop After Brexit?

Friday the 26th of June 2016 was a pretty dramatic day in recent European history, as this was the day that the UK confirmed it was going to leave the European Union. As we all recall, this divided the nation and the reverberations are still being felt. We don’t yet know what the full effects of Brexit will be, but we do know about how Brexit will affect EuroMillions.

Can the UK Keep Playing EuroMillions after Brexit?

Membership of the European Union is not a requirement in order to participate in EuroMillions. After all, Switzerland is a member of the group of countries which takes part, and it has never been part of the E.U. In the same way that the UK can continue to get knocked out of the European Football Championships and send awful singers to Eurovision, it can still take part in EuroMillions! Two of the top five EuroMillions jackpots of all time were won by British ticket-holders, and that number can be added to in future. Ex-pats living in participating countries won’t be affected either and can continue to buy tickets for their favourite lottery.

How does Brexit Affect EuroMillions?

Most of the countries taking part in EuroMillions will be more-or-less completely unaffected by Brexit. However, Britain can be impacted by Brexit in relation to EuroMillions in at least one regard. Many forecasters are predicting that the pound sterling may eventually fall to a value equal to that of the euro. As EuroMillions is paid out in euros (naturally) the weaker pound could result in a higher pound sterling win for a British winner. The record British winners are Colin and Chris Weir because their €185 million win translated to £161,653,000 in sterling. That was more than the €190 million win of Adrian and Gillian Bayford, as the pound was stronger when they won. If the euro and pound were to reach parity, then we could expect the UK record to be smashed in future.

Smaller Prizes for the UK?

If the pound is devalued over the long-term as a result of Brexit, then it could mean lower non-jackpot prizes for British players. That is because the lower prize tiers come from the revenue from ticket sales in each participating country. All the countries which use euros pay €2.20 for entry into the draw, with the other 30 cents going to pay for supplementary draws. The UK contributes £1.65 (the rest of the £2.50 stake goes to the UK-only Millionaire Maker) but if this falls below the value of €2.20 then the prizes available to UK ticketholders will fall to compensate for the difference.

All in all, there is no need to worry about missing out on EuroMillions just because the UK has voted to leave the EU. It will business as usual, and the only potential negative impact for Brits will be if the pound devalues too much relative to the euro. Otherwise this is one European institution that Britain won’t be leaving in a hurry!